Indie game developers based in Toronto, Canada with help from collaborators from around the globe. 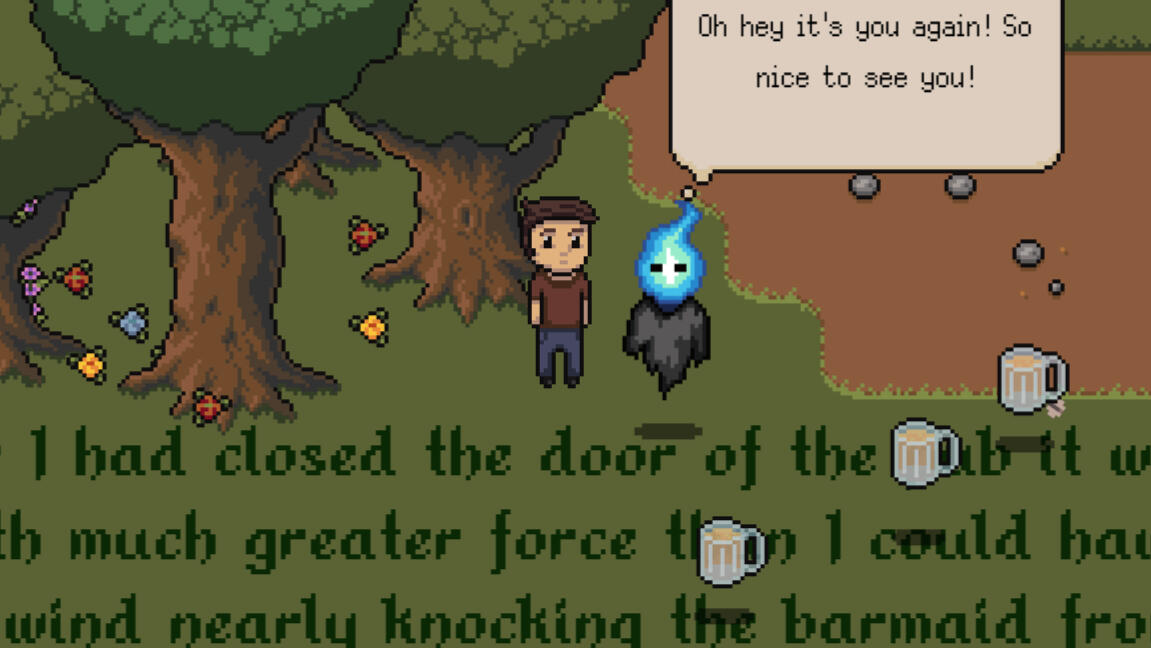 Eggnog Incorporated was our first steam game. It was made using the Construct 3 game engine over the course of a few months. Development started in October 2020 and wrapped up in January 2021.

In this game, you play as an eggnog inspector. You are tasked with finding inconsistencies and errors with the packaging, ingredients, color, and many other elements. All the while, a whacky, and perhaps, unethical CEO gives you increasingly suspicious requests after work hours. Your actions affect your work environment, and can even cause you to find a different job or doom the world.

There are many endings and many different office layouts to explore.

Explory Story is our second steam game. It is being made using the Construct 3 game engine. This game was originally made for the Ludum Dare Game Jam in April 2021. Set to fully release in early 2022.

In this game, you enter a mysterious world resembling a book. In this book world, the words you step on come to life! Explore a wide variety of fictional universes, battle their inhabitants and solve puzzles.

Watch your step while you try to figure out a way out. This game can be played single player or two player online co-op. 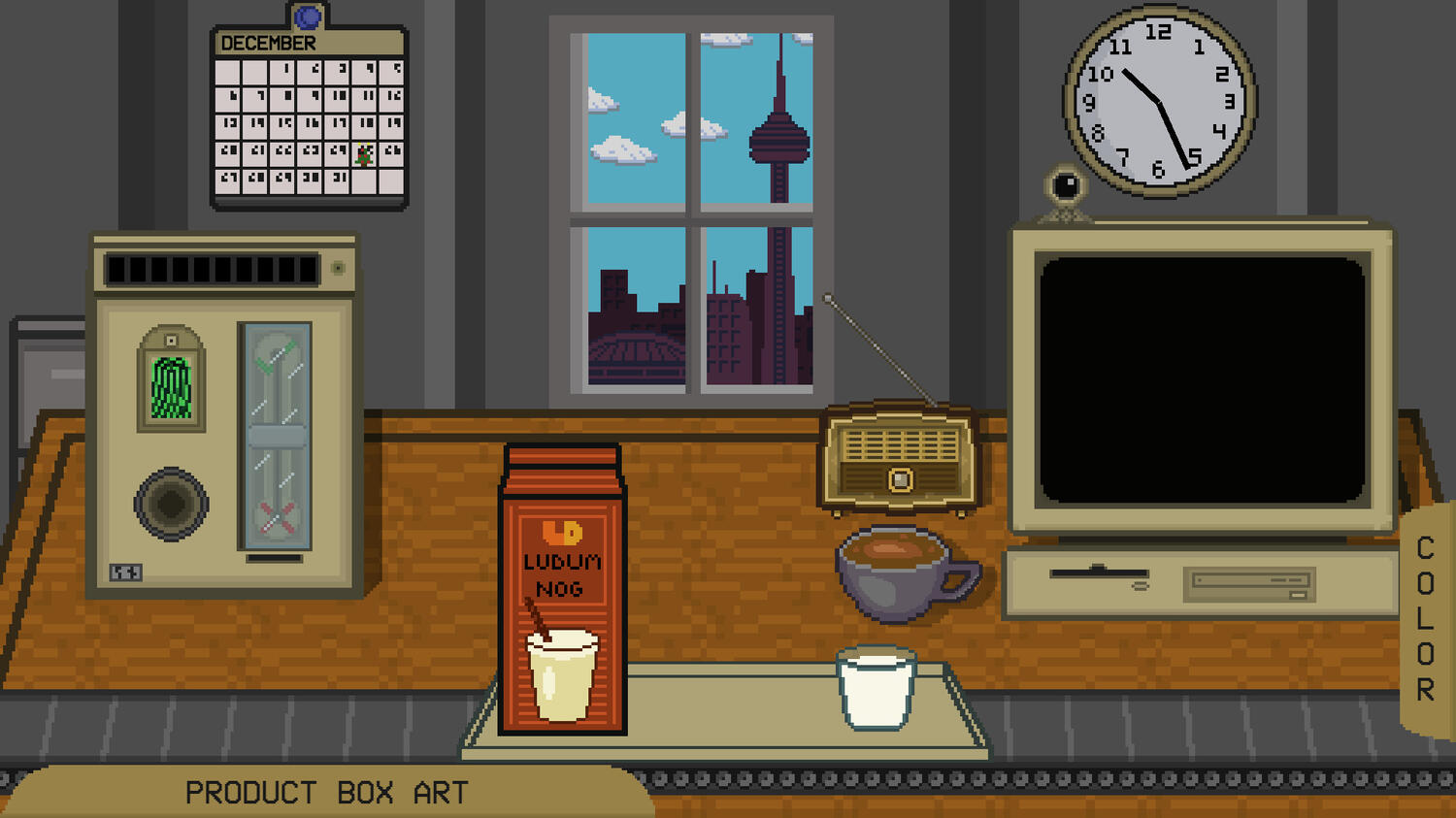 Our third, and much more expansive game. It is being made using the Construct 3 engine. Development of this game started in August 2018 but was very sporadic. Efforts have tremendously increased since, and the game is slated for release some time in 2023.

In this game, you play as a boy who leaves his humble life to pursue greatness. The format is a 2D action RPG with real-time combat and various weapons and skills. There is an open world that will change according to your actions. 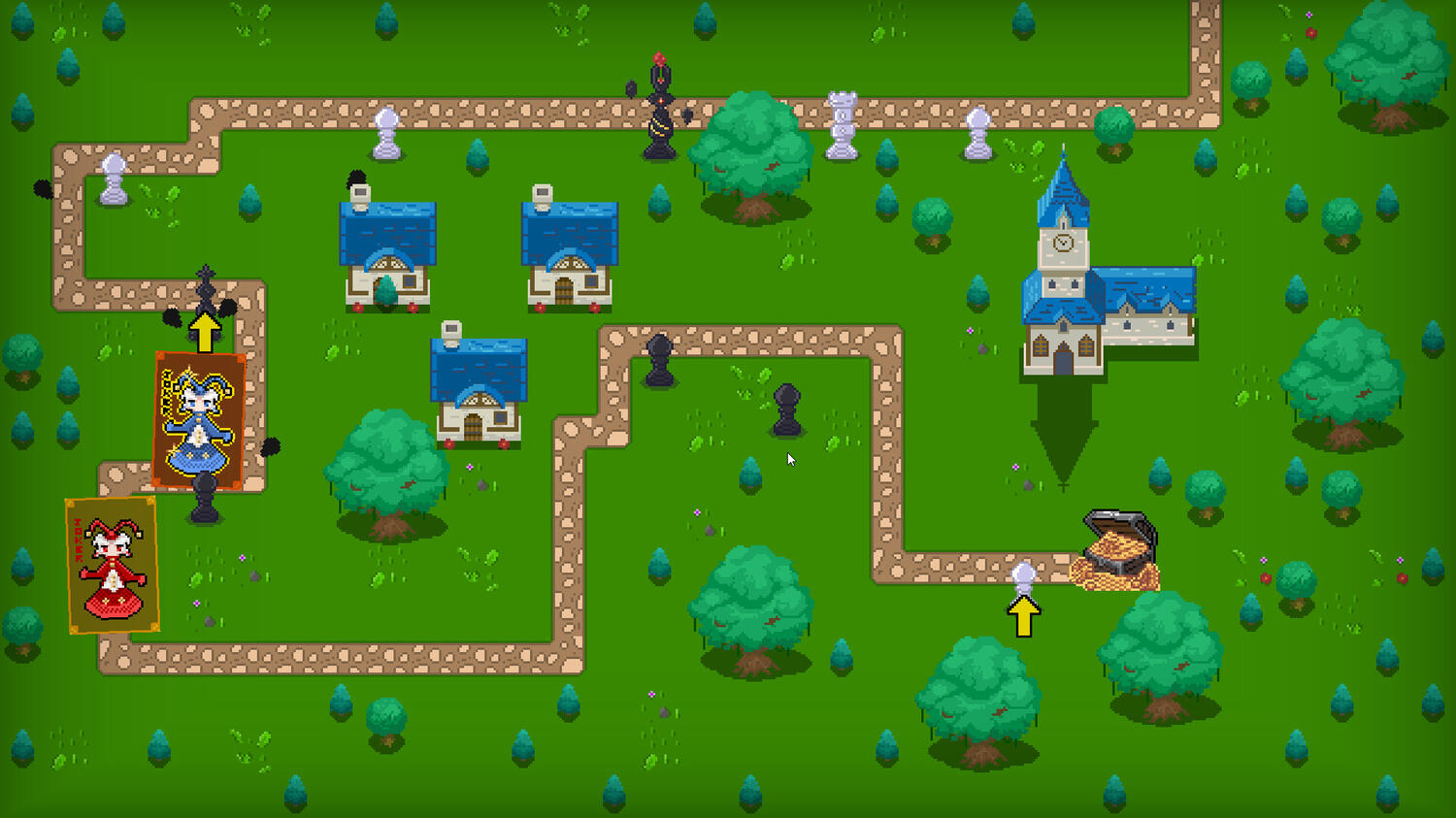 Outside of our main projects, we also enjoy participating in game jams. Specifically the ludum dare game jam where indie developers from all around the world spend a weekend making a new game from scratch. Each game jam has a different theme that helps inspire and inform game design. In addition to meeting lots of fantastic developers and artists, we get to experiment with new concepts and genres which is instrumental for creating unique games.

Below The Stone Jam - "Toaster Treasure."
2d Platformer with static hazards and a variety of unlockable upgrades.

This game was our first game jam. It was developed by Viktor & Will with the help of outside voice acting from Danotoast and Lukovichs. The jam took place over a 7 day period.

Our first Ludum Dare game which was made entirely by Viktor & Will again, this time getting Danotoast and Cherry to help with some voice acting. This game was put together over a 3 day period.

Second game for Ludum dare which was made entirely by Viktor & Will with additional voice acting by Danotoast. Again, done over a 3 day period.

Ludum Dare 48 - "Explory Story"
isometric game where the miniature player explores the pages of a book.

Another game for Ludum Dare put together by assorted team of collaborators from around the world. Viktor did the programming with the help of Thlurp and Bizmaster doing art and TepG doing audio and music. Another 3 day endeavor.

Ludum Dare 49 - "U49 Meltdown"
2d Platformer where the environment is degrading and platforms are falling from the ceiling, leans into story telling and collectibles as well.

A much more experimental game jam wherein Viktor endavored to work exclusively with strangers. A team of four people was assembled using the Ludum Dare message board. Viktor for programming, Matias & Ashley for Audio and Voice Over and Likenjay for art.

Check Out Our Socials For News & Updates